EXTRAORDINARY DREAMS
OF AN
IRELAND TRAVELER 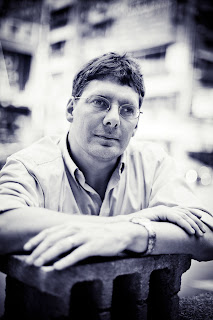 Stuart Carruthers was born in England, where I lived until 2005 when I decided to sell everything and move to Taiwan because "no one I know has ever been there". Several years later I married and had two children. With two small children, my time for hobbies is limited, so right now I just use my time to write.

I’ve forgotten what it was like to be made of flesh and bone. I used to be. Everyone used to be. But by the time it happened to me it was ‘normal’ and almost a rite of passage. In the early days, once the fear and panic had subsided, people even held plastic parties. That was 80 years ago.

What caused it? Well today we know, but it took many years find out. It began in the old Irish communities around the world. Places like New York and Boston were the first to succumb. A few days after one St Patrick’s Day, reports started coming in of people not being able to taste things and their mouths feeling furry. Initially it was put down to bad Guinness or the green dye they used to make it fun, but it spread beyond their mouths and soon they struggled to breath and they were hospitalized and locked up in secure wards. They were the unlucky ones; they were prodded, probed and dissected to find out what was happening. The real figures never came out but it’s believed that many thousands of victims were killed and dissected to discover the cause.

As the contagion spread, and the rest of the country came down with similar symptoms, the panic really started. Within 30 days those initial victims, who’d been hospitalized when their plasticization became more obvious, were completely transformed and had the glossy sheen that today we consider normal. But, as it became apparent that these people weren’t dying and that the numbers of affected spread into the millions around the country the panic subsided and they were treated with suspicion and fear and rounded up into camps as the authorities tried to contain the spread.

Within three years 50 percent of the population was affected and the camps had been closed down still no one knew the cause and it had by then gone around the world. And then, the first plastic baby was born, kicking and screaming it looked normal except for its plastic sheen. It soon became a case of them and us: the Plastics who were immortal and only ate seaweed and the Fleshes who still consumed the contents of the planet.

Within another three years the last person became plastic. There were no more flesh babies being born and most people had forgotten about the cause. When the scientists and politicians and become plastic the incentive to do anything about it had waned and now, as you know, we’re all plastic.

But one last thing before we go our separate ways:


One day, out of the blue an advert was placed on social networking sites and worlds’ newspapers that claimed responsibility. Its message was a simple one “Now you’re all plastic, you fake Oirish. Signed Plastic Patrick.”

Thank you Stuart for yet another slant on Irish tales!

Please watch for the launch of my new book, Reflections of Mamie-A Story of Survival-June 2013


Posted by Extraordinay Dreams of an Ireland Traveler by Mamie at 9:22 PM

Extraordinary Dreams of an Ireland Traveler 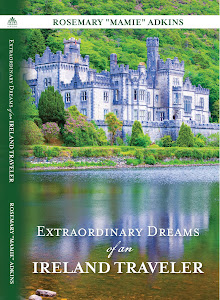 Extraordinary Dreams of an Ireland Traveler